Minchinhampton Golf Club’s championship Avening and Cherington courses near the village of Avening in Gloucestershire and The Old Course on National Trust-owned Minchinhampton Common are renowned for their year-round immaculate presentation.

Testament to this is that within just seven years of The Cherington Course opening, the R&A chose it as the south-west venue for its Open Championship Regional Qualifying tournament from 2002 to 2007. The Avening Course has since been chosen to host the same event between 2018 and 2023 (now extended to 2024, since this year’s Open Championship at Royal St Georges was postponed to next year).

Just one of the 12-strong greenkeeping team led by courses manager Adam Matthews, including workshop manager Will Harris, was furloughed during the coronavirus lockdown, for health reasons. The club decided to keep all the other greens staff working on staggered shifts through the day and into the evening, as much to watch over and protect the courses as to continue maintaining all 54 holes to the highest standard.

This process has also seen the introduction of the club’s first John Deere course maintenance equipment fleet of 10 machines bought from dealer Tallis Amos Group (TAG) at Bibury, near Cirencester, on a five-year John Deere Financial lease deal. The new fleet includes three 2750 E-Cut hybrid electric triplex greens and tees mowers, a 6080A PrecisionCut fairway mower for the approaches and a 7400A TerrainCut rotary mower for the surrounds and roughs, plus three electric TE Gator and two diesel HPX Gator utility vehicles. 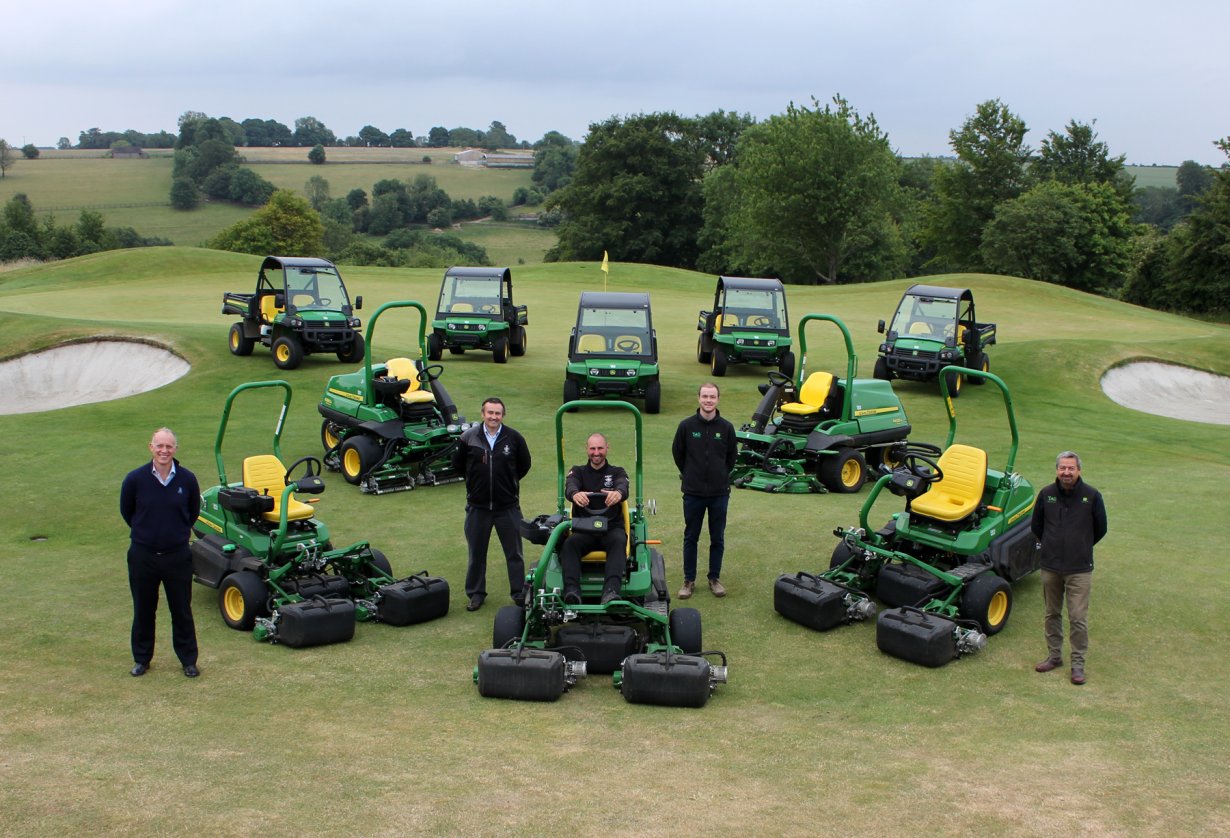 “We anticipated that the club would need to reopen at very short notice and so it proved,” says general manager Simon Pope. “On returning we wanted to present the courses to the members in as good a condition as we possibly could, so we aimed to keep the same maintenance schedule all the way through the lockdown and be ready to go from day one.

“As an extra benefit, we usually close each of the championship courses in turn during August and September for annual intensive maintenance programmes, but the good work that was achieved during lockdown means we won’t need to do that now, which our members are delighted about. I have to commend Adam and the whole team for their admirable effort and positive attitude, they have been absolutely brilliant under the circumstances.”

The courses reopened for play on May 13, which coincidentally is Marking Day on Minchinhampton Common. On this day each year around 500 cattle are released on the common for a summer of traditional grazing, and it is part of the greens staff’s responsibility to clean up after them on The Old Course when necessary!

“There was certainly a huge pent-up demand from the members to get back playing – I reckon 1300 people played at least one day within 10 days of re-opening,” adds Simon. “We already had a very strong membership base, with a waiting list last summer, but the lockdown period saw new membership applications shoot up. We have also now expanded the membership offer, so golfers can play 54 holes across the two sites if they wish. This gives members a lot of variety, especially as we are able to run dedicated two-ball and four-ball courses.”

Now 35, Adam Matthews has worked at Minchinhampton Golf Club since he was 16, and became courses manager in January. This coincided with the club coming to the end of its existing five-year fleet deal, and therefore provided a good opportunity for Simon and Adam to review every aspect of the club’s management, including the machinery. After competitive tender quotes from existing and other main suppliers, the pair were impressed by the presentations made by TAG and John Deere.

“TAG’s area sales manager Alex Jones in particular led from the front and it was really his persistence and sound advice that persuaded us to seriously consider using more John Deere equipment than we have done previously,” says Adam. “They put forward a very constructive and consistent proposal, and we had a range of machines in twice on demonstration so the team could really test them properly in our conditions.

“We certainly took our time, it was by no means a sudden decision, and we wanted to be very thorough and fair. It was not just about buying new machinery either, other key factors came into play such as after-sales care, trust in the equipment both in the workshop and out on the course, as well as the finance.

“Ultimately, the high level of customer service was what made us believe that the overall John Deere and dealer package was the way for us to go. All our questions were answered quickly, the selection of machines was tailored precisely to our needs and since the deal’s been completed, Alex Jones and TAG have continued to provide excellent back-up. We realised that this aspect is so important, particularly when you change to a new supplier.” 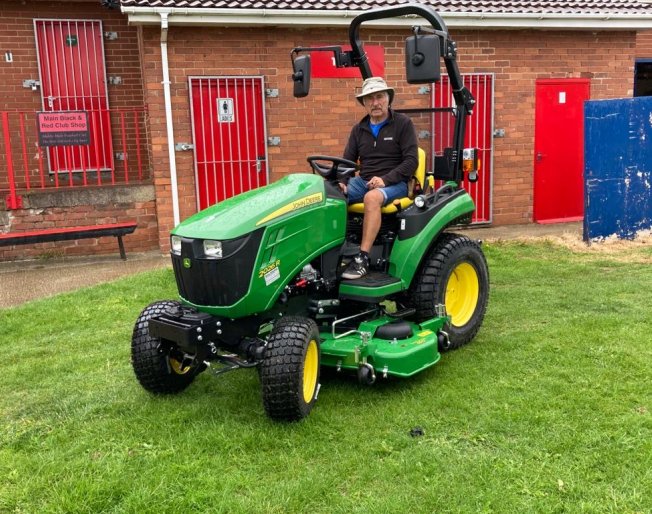 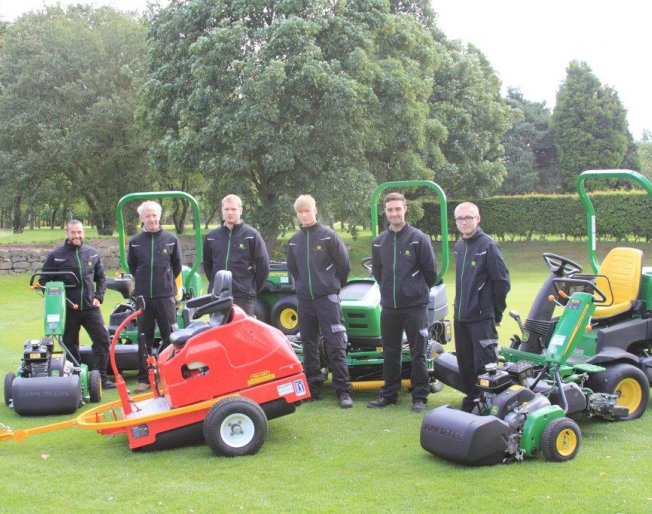 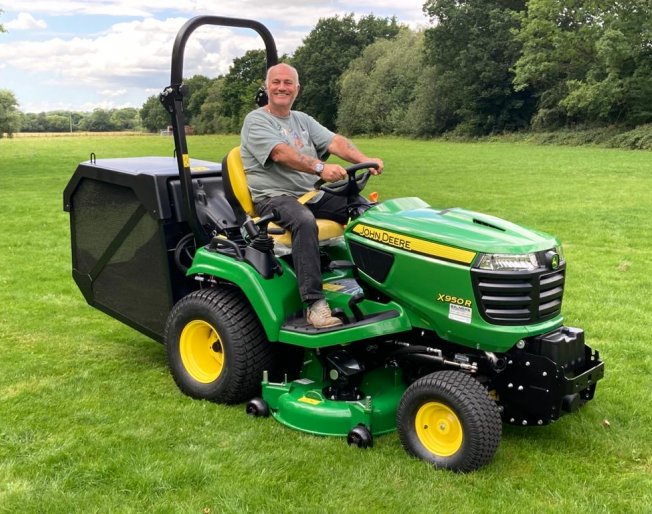