Dan Kendle, head greenkeeper at Newquay Golf Club, says it is great being back at work after lockdown with his full team, on a busy golf course, with the added bonus of using several new John Deere course maintenance machines supplied by local dealer Masons Kings at St Columb. 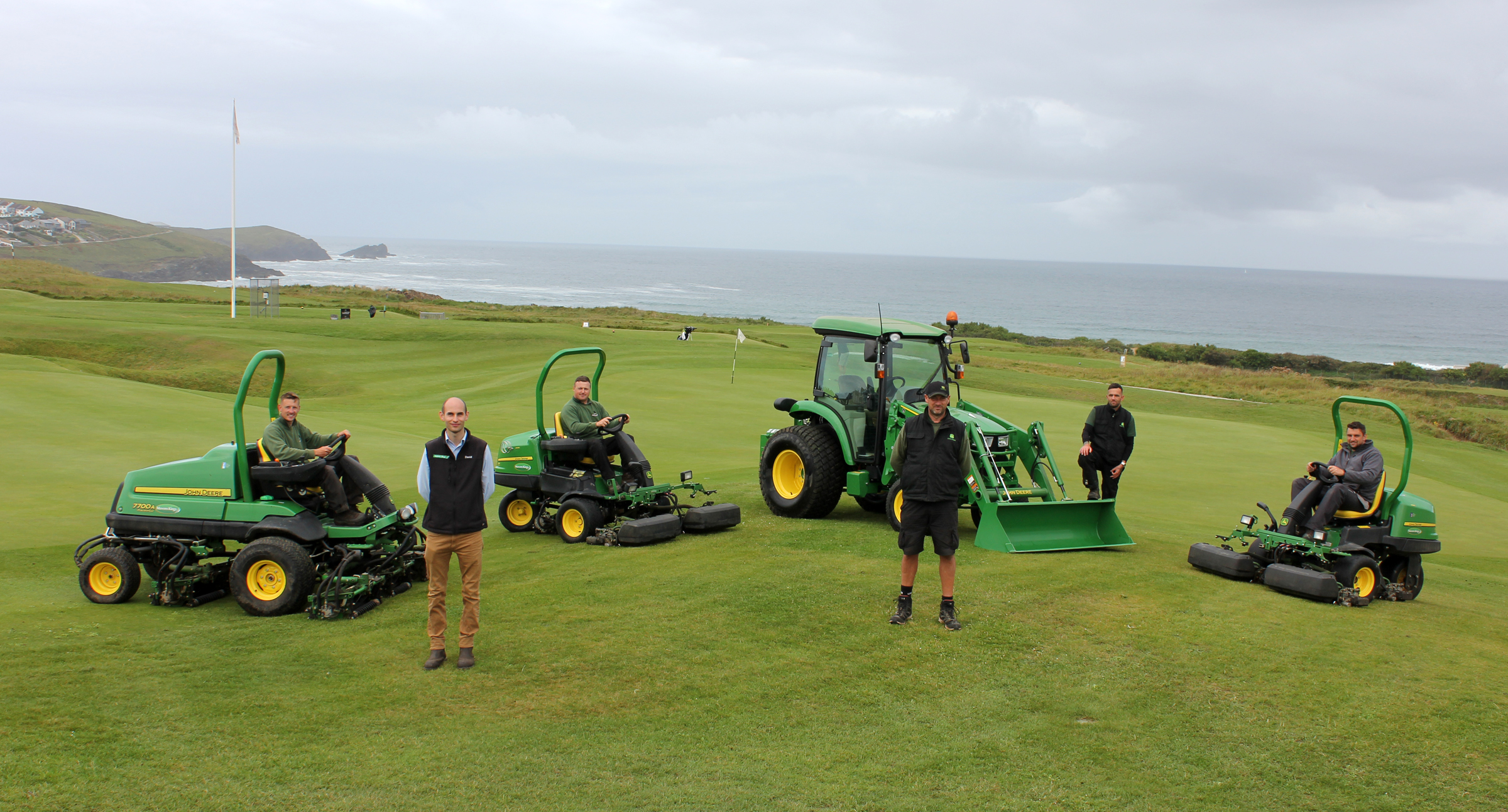 Newquay’s scenic seaside location on the Cornish coast overlooks the world famous surfing venue of Fistral Beach, with the golf links guarded by pot bunkers and fringed with marram grass dunes – so when the wind is up, as it often is, it’s a course to be reckoned with.

Dan managed the course on his own during lockdown before the club opened again for play in May, mainly cutting grass and doing a bit of spraying to keep the course as tidy as the pandemic restrictions allowed. Since the rest of the greenkeeping team returned to work, he reckons they were just about on top of everything again by early September.

“And we needed to be, as we’ve been getting twice as many visitors compared to a normal year, as well as picking up new members,” says Dan. “On some days the club’s taken double the usual amount of green fees, which seems crazy but the demand has been there from the off.”

The first of the club’s new John Deere machines, a 2500E hybrid electric triplex greens mower, was delivered in September last year, with the remaining machines arriving this spring and summer. These included a second 2500E plus a 7700A PrecisionCut fairway mower and a new 4049R compact tractor plus front loader.

The compact replaced a 30 year old John Deere 1550 utility tractor, and the club had bought a number of Gator utility vehicles from Masons Kings before, but this was Newquay’s first John Deere fleet deal. The mowers have been bought on a five-year John Deere Financial operating lease, while the tractor is on hire purchase, and all service and maintenance operations are carried out on-site.

“Our previous mowers were coming to the end of their lease period, and for this new deal we were looking at new options, particularly in terms of dealer support,” says Dan Kendle. “Masons Kings is a very local dealership with a good reputation for reliable service and back-up, so it made sense for us to speak to them and have some machines in on demonstration.

“Everyone in the team had a go on the new machines, and we were all impressed with their operator comfort and user-friendly features. The quality of cut in particular sealed the deal for me, and I like the password protected TechControl system on the 7700A, which allows me to set the mower to get the same consistent results whoever is operating, in all conditions.

“The hybrid electric 2500Es also come into their own when cutting the practice putting green and the greens closest to the houses that surround three sides of the course. Their quiet operation keeps the neighbours happy while also reducing fuel consumption and the chance of any hydraulic leaks.

“As with all new machines, there were a few issues during the initial set-up but they were all sorted out very quickly by John Deere and Masons Kings, which was important. We’ve continued to receive great support and back-up from the dealership’s salesman David Barnes and technician Gavin Hearne, even during lockdown, so we’re very pleased all round as it shows we made the right decision.” 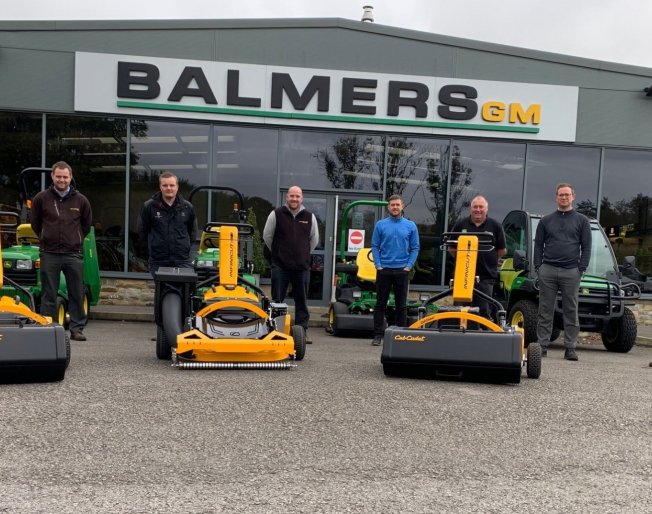 28/10/2020
We pleased to announce that Balmers GM have become INFINICUT® and TMSystem™ dealers for the Yorkshire, Lancashire &...
Read More

16/10/2020
Despite these tough times, Reddish Vale Golf Club are looking to the future & investing in the Club with a fleet of new...
Read More
Privacy Policy  |  Contact